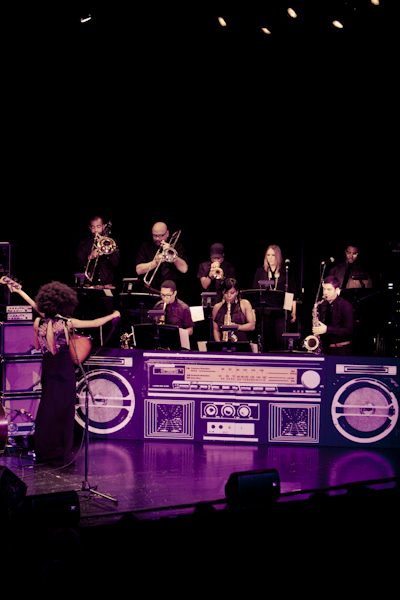 On 16th April at FIAF in New York, a select group consisting of the extras who participated in the videos "Black Gold" and "Smile Like That", media, music industry professionals, musicians, friends and family gather for the first live performance of Esperanza Spalding's new album, Radio Music Society. To the sound of multiple radios tuning in the concert began, and the eleven songs from the album were all played live. With notable solos from Lyndon Rochelle on drums, Jeff Lee Galindo on guitar and Leo Genovese on piano and keyboard, the concert ended with an impromptu press conference. Montuno